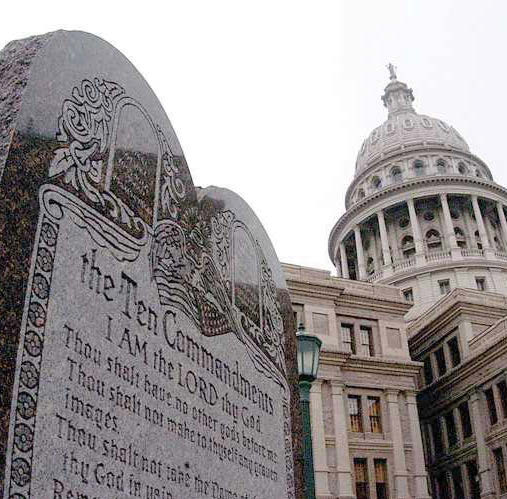 Christianity is the most persecuted religion in the world, and hostility toward Christians in the west seems to be growing exponentially. Why?

In short, darkness hates light. The battle raging today and throughout history is ultimately a war between the only two foundational worldviews. One worldview is built on the light of the truth of God’s Word and the other is mired in the darkness of man’s ideas and the Enemy’s lies. It’s the same battle of God’s Word versus man’s — as old as Genesis 3.

Christians must realize that as we stand on Scripture, defend the faith, and proclaim the gospel, we’re simultaneously attacking the nonbeliever’s worldview. Again, neutrality doesn’t exist. By proclaiming God’s Word as true, we’re declaring their foundation false. And by attacking their foundation, we’re shaking the entire edifice of their worldview. How they think, live, justify, argue, make choices, cope with the past, find meaning in the present, or plan for the future are all part of the edifice of their worldview that collapses if their foundation falls. In other words, as their foundation crumbles, so does their identity. No wonder they zealously and emotively defend it as if their lives depended on it. In a sense, it does.

As our culture, and much of the church, turns away from the anchor of God’s absolute truth, the secular view of truth as fluid, personal, and defined by feelings dominates (just as portrayed in Genesis 3:6). This has resulted in people feeling increasingly free
to simply emotively attack what they view as a danger to the definition of their being. This is why unbelievers are so emotional and frequently illogical and irrational as they attack Christianity.

With this in mind, how do we respond? The way the Bible tells us to. We speak truth in love. We uncompromisingly defend the faith with gentleness and respect with the hope of salvation for a lost soul, not to win a debate or vindicate ourselves (1 Peter 3:15; 2 Timothy 2:24–25). Every conversation, Facebook post, and tweet are to be saturated in this disposition out of love for people, love for God, by God’s command, and for His glory. Being bold and standing firm on God’s Word does not mean being disrespectfully
brash or harsh. The Gospel of Jesus Christ is offensive enough to unbelievers on its own. It doesn’t need our help. It’s been said, “You don’t cut off someone’s nose and then give them a rose to smell.” Christians are to give a defense, without being defensive. We should have such confidence in God and the truthfulness of His Word that we are not intimidated, scared, or offended when someone disagrees, no matter how passionate they are. It’s true whether they believe it or not. We lovingly share that truth and pray they believe because eternity is at stake, not because we want to be seen as right. Let us remember that we do God’s will God’s way, or we’re not really doing His will.