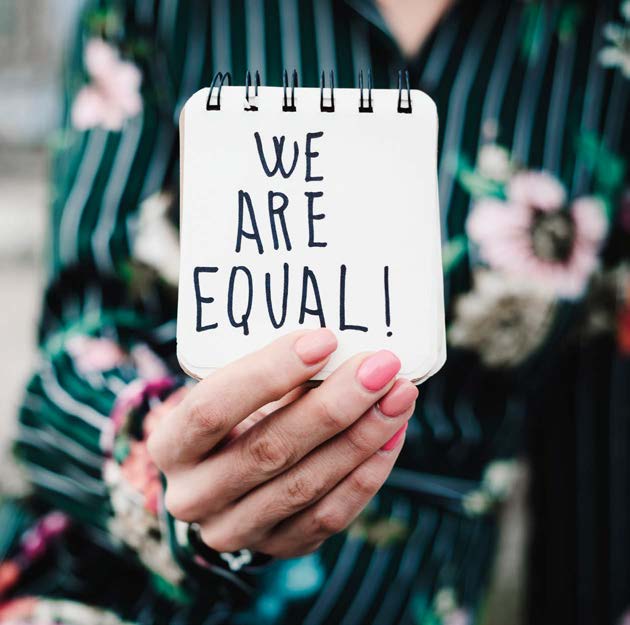 Feminism is often described as happening in three major waves. The first one started in the 1800s and focused on legal inequalities for women, particularly voting rights. The second wave, launched in the 1960s, expanded the movement to address perceived cultural and societal inequalities. It implored women to realize they could find identity outside of childbearing and homemaking. In the 1990s, the third wave began, seeking to further unveil and address the layers of oppression experienced by women globally due to multiple intersecting factors like race, gender, ethnicity, class, religion, etc.

What’s feminism in summary? A short version of the basic definition you’ll find is the theory of and movement(s) for the equality of the sexes. But this is where the water immediately gets muddy. What do you mean by equality? Who defines it and its implications? Again, either God does, or humans do.

As covered in the last chapter, God established the equality of the sexes by making both in His image (Genesis 1:27) — equal in value, worth, personhood, sinfulness, and salvation. However, they are not the same. Each gender equally and uniquely displays God’s image and glory with different attributes, roles, and functions for His purposes.

Directly opposing this, feminism today has the apparent goal of defining equality as sameness. Not only are the sexes equal in value and personhood, but also in role and function. All the same options and opportunities for life should be available to all because there’s no real difference between the genders. Differences in biology are inconsequential.

This is where feminism goes off the rails. Early on it accomplished some good things. Establishing the equality of dignity and value of women within society is good and biblical. Actually, only the Bible can rightly demand these things. Feminism has moved from those things to redefining womanhood and indirectly, if not directly, attempting to redefine manhood. This has done tremendous damage to the institution of marriage, the family, biblical gender roles, society, and the church.

Feminism has progressed to the point of opposing all authority, even the Creator’s. The root of its rebellion is traced all the way back to Genesis 3 — either submit to God or you become like God.

It’s a revolt common to both sexes. Males and females equally struggle to submit to God’s design and commands because they’re both equally sinful. Males struggle in a different way. There’s an epidemic among men who, partially in concession to the feministic ideology, passively or aggressively reject their God-assigned role and task of servant leader. Refusing to surrender to God’s commands and yielding to selfish desires, men redefine themselves and their roles into something that’s more comfortable, less contentious, and unbiblical. This rebellion has been no less catastrophic than feminism.

Simply put, no one has the right to define themselves. That right is God’s alone. And since He made us and loves us beyond understanding, He knows and desires what’s best for us. The question for both sexes is will we trust and obey?