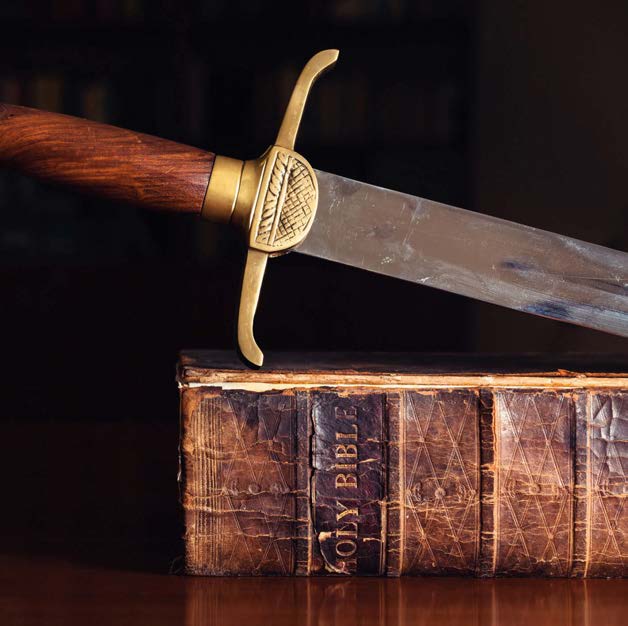 One of the most pervasive cultural myths today is that people can be and should be neutral. The narrative of neutrality goes hand in hand with the current secular redefining of tolerance and belief in relativism. In essence, the push for neutrality is based on the false assumptions of no absolute truth, beliefs don’t assume an authority, and people can be unbiased.

Of course, none of these things are true. The best way to expose the naïve notion of neutrality is by going to the foundation. As discussed previously, there are only two fundamental religions, only two foundational worldviews. One is established on God’s Word and the other on man’s. Both presume an authority; it’s literally impossible not to. Someone either trusts God’s Word as the ultimate authority and builds their thinking, their worldview, from there, or they reject the Bible as absolute and instead form their opinions, their worldview, from the ideas of men. Everyone makes a choice, whether they realize it or not, to submit and live according to one or the other.

This is why the Bible says, “The mind set on the flesh is hostile toward God” (Romans 8:7; NASB) and “friendship with the world
is hostility toward God” (James 4:4; NASB). We realize Jesus meant what He said in Matthew 12:30 (NASB), “He who is not
with Me is against Me; and he who does not gather with Me scatters.” The Bible is unequivocal — no one can be neutral.
Therefore, the claim that neutrality is possible is anti-biblical and consequently not neutral.

It must be recognized that no matter the issue, from origins to abortion, it’s ultimately a battle of authority. Either God’s Word or
man’s is preeminent. So, how should a Christian respond when debating whatever subject and they’re asked to abandon the Bible in favor of “neutral ground”? Absolutely not! Why? Because there is no “neutral ground”! Neutrality is biblically impossible. Every issue comes down to whose word is supreme. If the believer agrees that the Bible is not needed for truth on any issue, by default they’ve conceded that man’s word is the ultimate authority! “Neutral ground” is actually man’s ground since it opposes biblical authority.

Here’s a helpful analogy based on the biblical portrayal of God’s Word as a sword. Imagine you’re a knight, centuries ago, facing down an opposing knight. As you both draw your swords to commence battle, the opposing knight says, “I don’t believe in your sword, get rid of it!” You could concede, discard your sword, and get skewered. Or a better option — use your sword and its reality will become evident!

Two things to remember when someone asks you to be neutral — they’re not, and you can’t be. And you shouldn’t pretend to be. The Bible is our sword, our authority, and every conflict we face today is a battle over authority. You cannot defend biblical authority by abandoning biblical authority! Don’t fall for the lie of neutrality — use your sword to the glory of God!