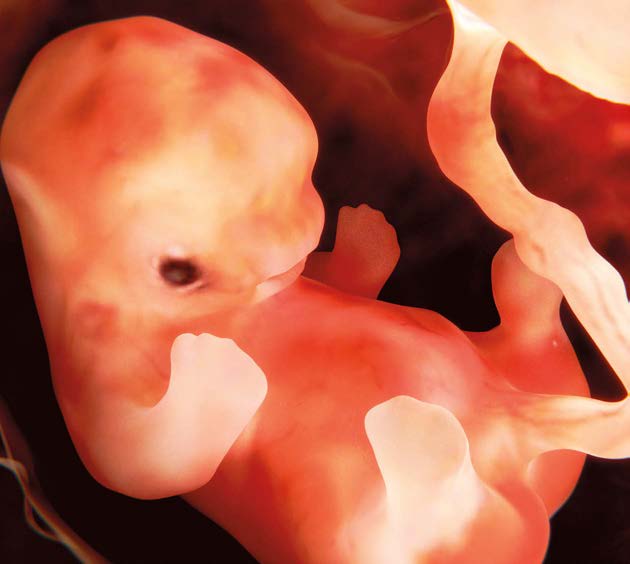 It’s often said that abortion is a complicated issue. It’s really not. Now the circumstances surrounding abortion can be horrendously
complex, but not abortion itself. If the unborn isn’t a person, abortion is a non-issue. But since it’s known conclusively from God’s Word that the unborn is a person, abortion is murder. With the beginning and value of life definitively defined by the author of life Himself, answering the plethora of pro-abortion (pro-choice) arguments is remarkably easy (Psalm 139:13–16; Jeremiah 1:5).

Abortion is a woman’s right and choice!
Nowhere in the Bible or in civilized legal codes around the world does a man or woman have the legitimate “right” to “choose” to murder an innocent human being, no matter where they reside.

A woman can do what she wants with her body!
The Bible vehemently denounces this. God, the author and sustainer of life, has given clear instructions on what humans can and cannot do with their bodies. No one has total autonomy regarding their body because everyone’s accountable to God for how they use the gift of their lives and bodies in accordance to His Word. Additionally and ironically, many man-made laws limit what people, women included, can do with their bodies. One example is that public nudity in America is illegal. Thank goodness!

Here’s the other major issue — in the mother’s womb lives an entirely different person who’s not part of the mother’s body! The Bible always addresses the womb-residing baby as a distinct and unique person. Biology and genetics bear this out. Consider that roughly half of the babies living in their mother’s wombs are males. Also recognize that each baby in the womb represents a unique combination of genetic information never before seen and never to be seen again.

Abortion is legal!
The word or idea of abortion appears nowhere in America’s constitution. It was legalized in 1973 when a majority of supreme court justices interpreted the Constitution in a particular way. But being legal does not make something right. For many years it was legal to own slaves in America and illegal for them or women to vote. Pretty much everything Hitler did in Nazi Germany was legal.
Anybody want to reasonably argue that Hitler was morally right?

As an aside, in the culturally dominate worldview of secularism, why would it matter if a woman (or anyone else) had their “rights” stripped away and their bodies abused? In evolution, women, like everyone else, are just bags of random chemical reactions. Who cares what one set of chemical reactions does to another? And if life is all about survival of the fittest, it makes perfect sense for males who are generally stronger to dominate females who are generally weaker. If there’s no God, morality is utterly relative and “might makes right.” The idea that women are equivalent to men in value is only consistently found in the Christian worldview, starting way back in Genesis where both are made in God’s image.