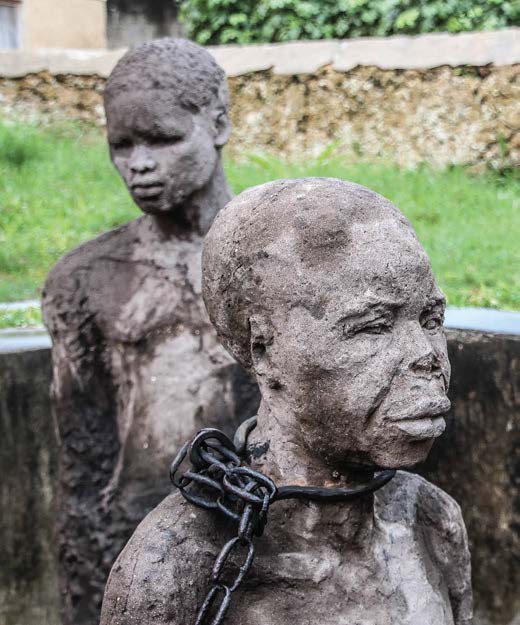 The word for “slave” in the Bible is also rightly translated as “servant” or “bondservant.” In essence, there are two kinds of slavery described in the Bible: a paid servant or bondservant, and harsh enslavement without pay.

The Bible unequivocally condemns harsh slavery. The brutal “race-based” slavery that plagued the west for centuries is utterly anti-biblical and denounced by God’s Word! Slave traders (“kidnappers/men stealers”) are listed among the worst of sinners in 1 Timothy 1:10. Exodus 21:16 declares,

He who kidnaps a man, whether he sells him or he is found in his
possession, shall surely be put to death. (NASB)

This sort of biblically decried slavery is what most people think of when they hear the word slavery. However, an important rule in hermeneutics, rightly interpreting the Bible, is to read the text in context. Haphazardly attempting to squeeze ideas into the biblical, historical text typically leads to misinterpretation. Such is the case here.

The type of “slavery” described and regulated in the Bible was entirely different from “harsh slavery.” Basically, it’s a type of
bankruptcy law for someone who had lost themselves to debt with no way to repay. It was an economical arrangement of sorts with the goal of eliminating debt. The debtor would go to the person they were indebted to, or another wealthy person, and voluntarily offer themselves as a bondservant. If the person agreed, the bondservant had his debt covered, on-the-job training in a particular skill, a place to live, and made a wage. After six years, the bondservant’s agreement was fulfilled, their loan fully paid, and they were set free. A friend of mine joked that it sounds better than college!

There were many regulations regarding this practice and those participating. These protocols, properly understood in context, are clearly given to protect all parties involved. It was also to prevent this form of “bond-servitude” from becoming the cruel, inhumane slavery practiced by surrounding cultures and throughout history (Leviticus 25:38–46; Ephesians 6:5–9, Colossians 4:1). These regulations are yet another repudiation of the detestable act of brutal slavery.

It’s worth noting that Christians — like William Wilberforce and Abraham Lincoln — led the charge to abolish the atrocity of harsh, race-based slavery in the west. Christians who stood firm on God’s Word understood that all people are made in God’s image and refused to compromise with the popular ideology of their day. Many historians credit Christian thought and action for the abolition of slavery in almost every country. The countries that still practice slavery today are typically polytheistic or Muslim.

In the secular worldview — with evolution, no god, relative morality, humans equated to earthworms — why not condone or even celebrate ruthless slavery? Especially if it’s beneficial for you. Secularists trying to play “gotcha” with this question are out of luck. Only Christianity can account for the equality of humanity and the repudiation of vicious slavery.