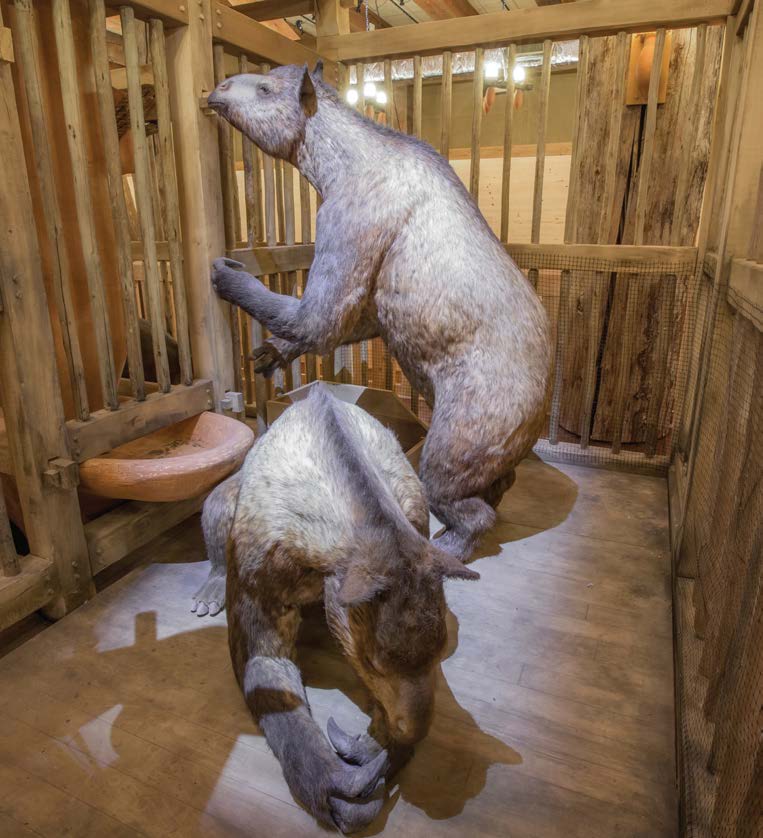 As speakers for Answers in Genesis, we get this question a lot, and we tend to respond with two questions of our own:

How big was the Ark?

How many animals did Noah actually take?

The answers to these two questions are the key to the answer of this common question by the skeptics. So, let’s take them in turn.

How big was the Ark? Based on the dimensions given in Genesis 6:15, the Ark was approximately 510 feet long, 85 feet wide, and 51 feet tall (using the long cubit). Interestingly enough, those are the same proportions of many modern day cargo ships (It’s like God knew what He was doing). Inside the Ark were three different levels. It had capacity equally to roughly 570 railroad stock cars. It was literally a floating warehouse with well over 100,000 square feet. But was it big enough?

How many animals did Noah actually take? The Bible states clearly that Noah only took pairs (in some cases seven) of land-dwelling, air-breathing animals onto the Ark (Genesis 6:19–20). No fish! Plenty of water outside the boat. Also, it is very likely Noah brought young adults onto the Ark (e.g., less food, less waste, less space, etc.). Perhaps most important of all, the Bible says Noah took two of each kind, not two of each species (Genesis 6:19–20). In most cases the biblical kind seems roughly equal to the family level of modern-day classification.

As an example, Noah did not take hundreds of different dogs onto the Ark. He probably never saw a Chihuahua or Poodle in his life! He just took two of the dog kind.
So, how many kinds would Noah need to account for all the variations we see today and in the fossil record? At most, about 1,400. Taking two of each and seven of some (i.e., clean animals, which was a small list in the Bible), the probable total was around 4,000, with a maximum, worst-case scenario being approximately 7,000 (the number we are using for the Ark Encounter). Plenty of room on the Ark for all the necessary animals, Noah, his family, food, and supplies. The real question is: why did he build an Ark with so much leftover space?