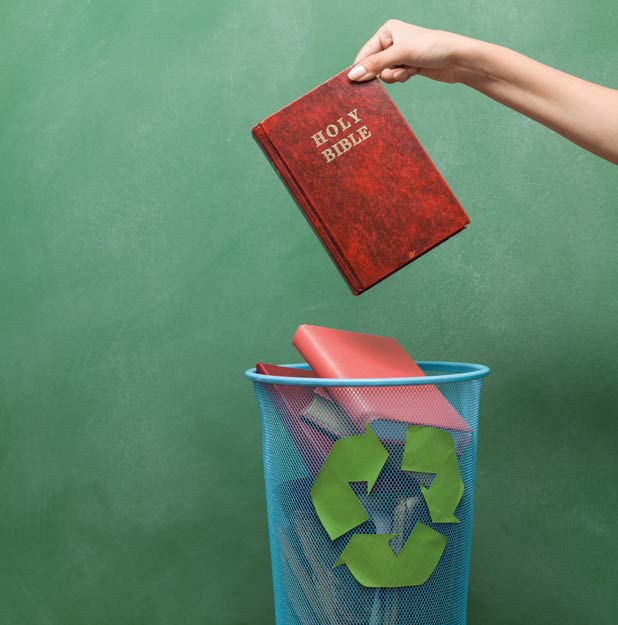 In 1 Kings 12, Solomon’s son Rehoboam becomes king. The people of Israel tell Rehoboam they’ll gladly serve him if he lightens the workload Solomon had placed on them. Rehoboam says return in three days and we’ll talk. During those three days Rehoboam gets council first from the older advisors of his father and then from his friends. The older advisors say listen to the people and his
friends say to tell the people he’s “the man” and will be tougher than his father. Rehoboam gladly listens to his friends, the people reject him as king, and the kingdom splits.

Reading the account, it’s apparent Rehoboam didn’t value the advice of the elder advisors. So why talk to them at all? It would seem because that’s what he’s expected to procedurally do as a new king. It’s what he’s supposed to do, so that’s what he does.
But as soon as he “checks the box” and hears advice he’s not a fan of, he immediately goes to those who will tell him what he
wants to hear and probably was already thinking.

Here’s the connection. How often do we as Christians treat the Bible the way Rehoboam treated the elder advisors? We have or
are asked a question about origins, morality, sexuality, marriage, gender, salvation, etc. And we may initially go to the Bible for
an answer because that’s what Christians are supposed to do. We check the box. Yet as soon as the Bible’s answer isn’t what we
expected or wanted — or seems too controversial — we close that “outdated” book and quickly seek the advice of our peers,
friends, and culture — those around us whose ideas are modern, less combative (or in agreement) with the culture, and probably in line with what we’re already thinking.

Of course, this is exactly how Christians are NOT to treat Scripture. God’s Word is not a buffet: “I’ll have some of John 3:16 and Jeremiah 29:11 (typically out of context) but will pass on Genesis 1–11 and Matthew 19:4–5.” The Word of God is not optional, it’s the absolute authority and truth for every topic! Either we bow and submit to what the Bible says on any given issue or we are in rebellion against it.

Let’s not be like Rehoboam, who went to the elders to just “check the box.” Let’s be sure we’re training ourselves and those under our care to sincerely seek answers from God’s Word as the final authority. Whether we intuitively like what it says or not, we make every thought bow to Scripture and obey Christ the King (2 Corinthians 10:5).

When Christians do this, it’s then, and only then, that we have powerful answers to today’s scientific and moral questions. By
unleashing the truthfulness and authority of all of God’s Word, we demolish arguments raised against God’s knowledge, effectively contend for the faith, encourage the believer, challenge the skeptic, and clear a path for the gospel (Jude 1:3; 2 Timothy 2:24–25; Colossians 4:6).